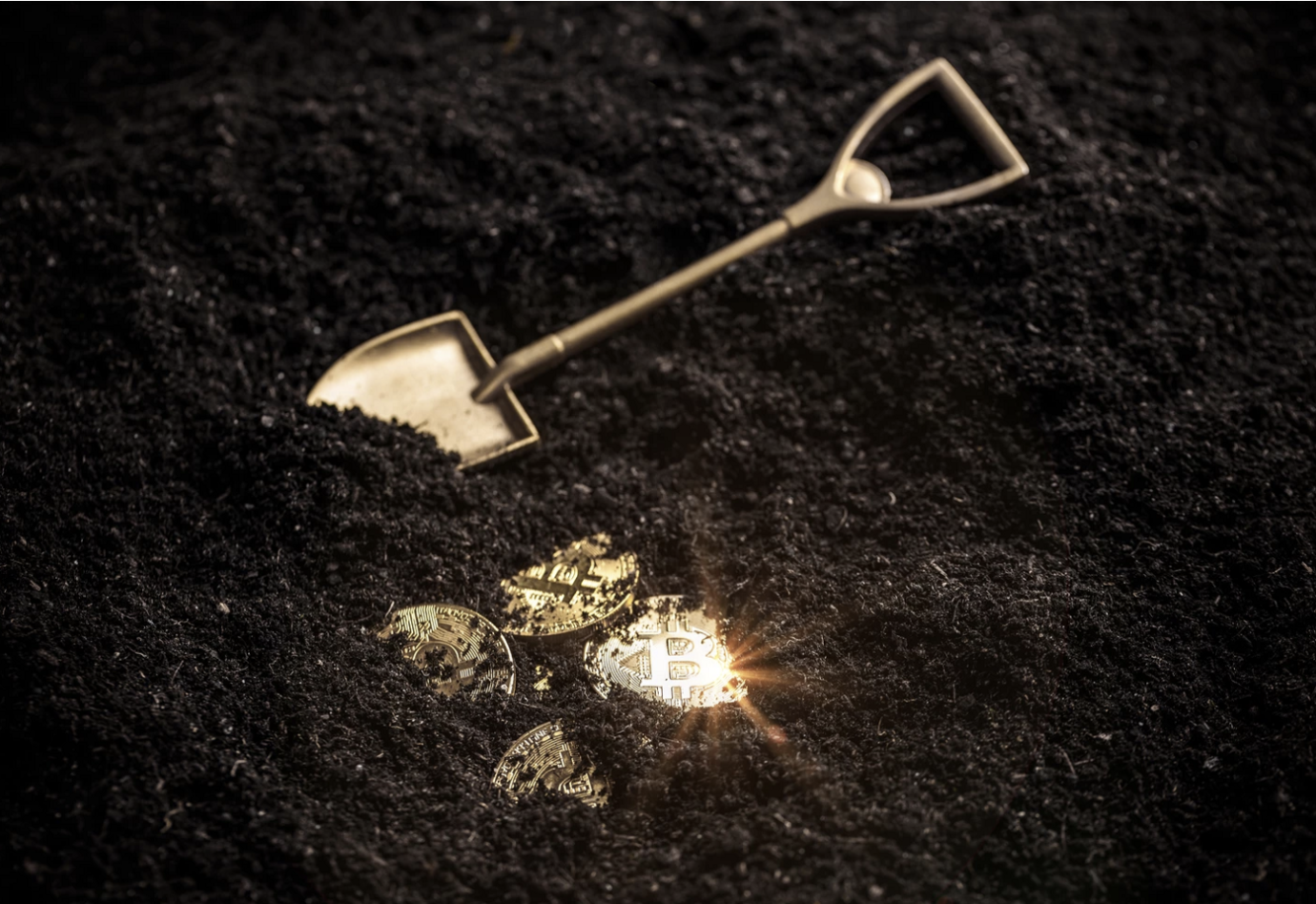 To appreciate the value proposition of Bitcoin, it’s helpful to learn the similarities and differences between Bitcoin mining and gold mining.

Gold mining’s lifecycle is composed of eight steps, which I’ve displayed in Figure 1. The entire sequence of events takes ten to twenty years. The actual building of a gold mine takes several years and includes the development of roads and other supporting infrastructure. Perhaps surprisingly, the land on which gold mines run is often ‘rehabilitated’ towards the end of a mine’s lifecycle. In other words, those who ran the mine will expend resources to return the land to the state in which they first found it.

The process flow of Bitcoin mining consists of five steps, plus the preliminary step of creating the necessary computational infrastructure. As I outlined in a previous blog post, once Bitcoin transactions are verified and bundled into a block, miners expend computing power to solve the Proof-of-Work problem. Whichever miner finds the solution first adds the new block to the blockchain. This new activity is then sent out to the rest of the Bitcoin network.

As of 2021, ASIC mining machines tend to only last between two and five years. Watch this space, as there’s plenty of demand for hardware improvement.

Figure 1. (image from Minerals Council of Australia) Lifecycle of a gold mine.

Bitcoin currently consumes about half of what the gold mining industry consumes.

In 2020, gold miners captured about 3500 tons of gold, 37% of which was recycled. Bitcoin writer Hass McCook has calculated that gold mining consumed about 265 terawatts and produced about 145 megatons of carbon dioxide.

It’s important to remember that energy consumption and pollution are not synonymous. For example, the company Dell wants to use only recycled gold in their computer chipsets because it is so much cleaner than mined gold. However, recycling gold requires more electricity than mining it directly!

Unfortunately, it’s difficult to estimate how much of the energy that Bitcoin consumes comes from renewables. Fortunately, miners seek the cheapest available options, and renewables have fallen in price for years. Therefore, green energy will only increase as a proportion of Bitcoin’s total energy budget.

The Future of Gold Mining

Gold mining has been with us for thousands of years, but it’ll need to innovate to remain competitive with new players like Bitcoin. Talal Husseini thinks that gold mining could leverage digital technology to improve sustainability, profitability, and efficiency. How so?

Currently, gold mining activities can be divided into those that require brute force and those that require creative planning. Artificial intelligence technology could allow mining machines to operate autonomously. They’d blindly obey a plan that managers had conjured up in a remote office. Such ‘smart mines’ could adjust their actions according to feedback from their environment, saving mining companies human resources that could then focus on more managerial tasks.

Some gold mining companies are rising to the challenge of addressing environmental impact. For example, Goldcorp is preparing to launch the first all-electric gold mine in human history. Should the mine operate for a decade, they will reduce carbon dioxide emissions by about 70,000 tons.

The Future of Bitcoin Mining

China’s harsh crackdown on Bitcoin miners and the global chip shortage both stressed the Bitcoin mining ecosystem in 2021. And yet, it continues to thrive, as miners in North America have become world leaders in this space. So, what’s next?

2022 will likely see profit margins go down as competition amongst miners increases. This could result in mergers and acquisitions, a telltale sign of a maturing industry.

As I’ve suggested, miners will continue to flock towards renewable energy sources. As CEO of BitRiver (a hosting provider for clean mining) said, “We think more mining businesses will follow the trend of carbon-neutral or renewable-powered mining next year as ESG [environmental, social, and governance] compliance continues to be a must for most tech companies.”

The lingering supply chain issues of 2021 will continue to loom over the Bitcoin mining space next year. Before 2021, mining rig purchases from manufacturing company Blockware Mining Inc. were delivered within a month-and-a-half. Now, though, they only confirm large orders due to supply chain problems.

Should the supply chain issues be resolved in 2022, smaller mining companies will reinsert themselves into the market and compete with larger incumbents. On the other hand, industries more established than Bitcoin mining will be first in line once chips are back for sale. So, chip shortages may hamper Bitcoin mining even long after most other industries have recovered from supply chain problems.

New players in the mining rig game will seek locations whose laws are favorable to their industry. In 2022, expect more politicians to make legislative decisions around Bitcoin mining than ever before.