Beginners Introduction To Bitcoin and Blockchain 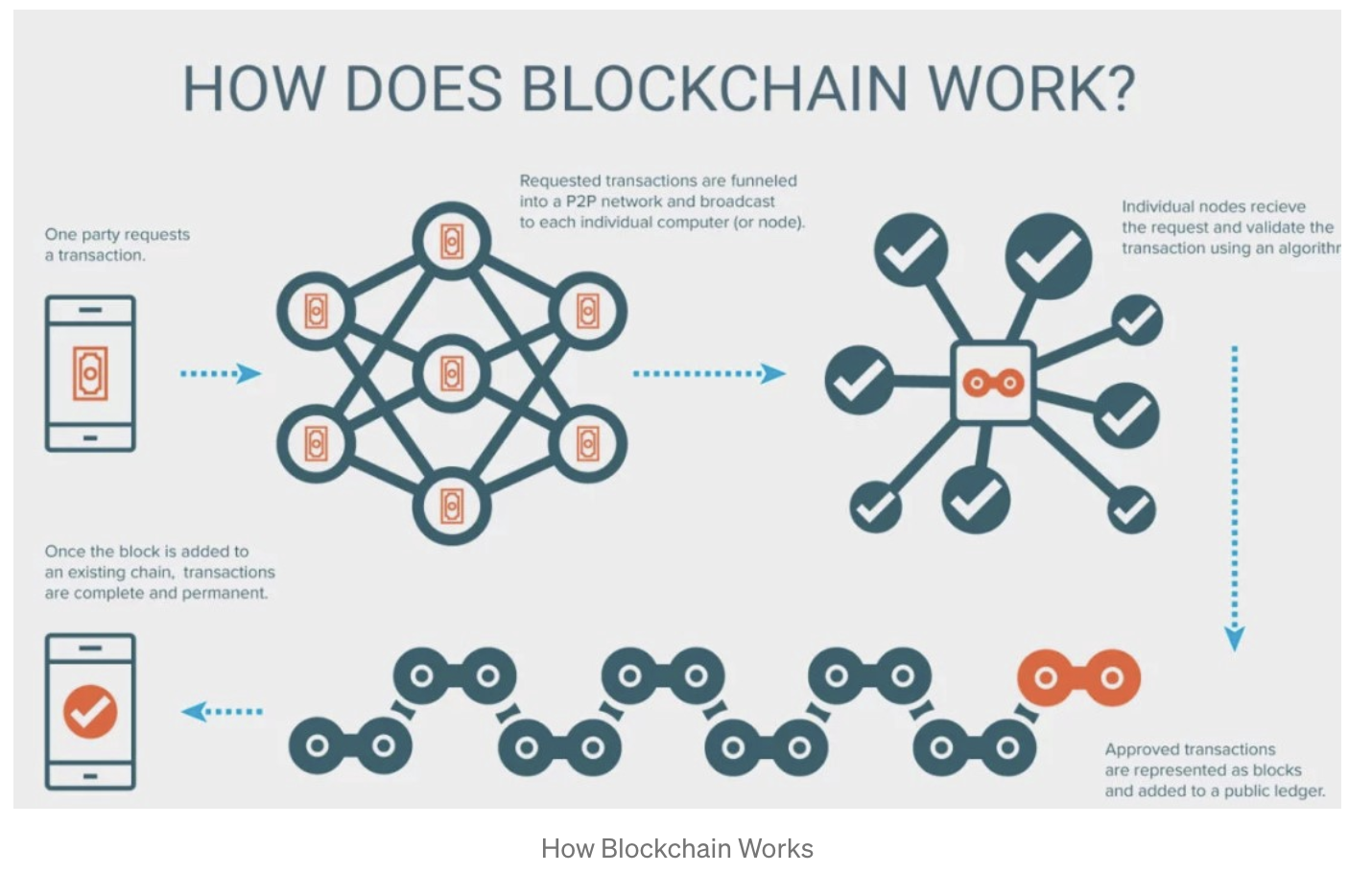 Bitcoin was created in 2009 by an anonymous person(s) who went by the handle Satoshi Nakamoto. The goal was to create a supplemental economy to the existing system we have where all money is free of restrictions from the corruptions and limitations of borders, governments, and societies. The world has become increasingly more digital and the internet has broken down the barrier of communication between countries. Location no longer restricts our ability to contribute and share ideas. However, so far, humans have failed to make our money flow as fluidly as our data.

Understanding the Basics of Blockchain

The institutional bonds behind fiat currencies functionally inhibit their ability to be used as transfer of values in code. Digital Assets derived from blockchain (ex: Bitcoin) are examples of “programmable money” that can be leveraged to transfer value instantly between any two computers using a “distributed ledger” that is held on a “Blockchain”.

That’s probably a lot of new words for you there so let’s break it down. A distributed ledger is a list of transactions or activity that occurs in between a bunch of people. Each time a transaction happens there’s thousands of decentralized (meaning spread out) computers that are recording that transaction. Truth is determined by the consensus of those computers confirming the same list of transactions. The transactions with enough confirmations are added into the blockchain. A Blockchain is an alternative database technology that puts data into packages referred to as blocks, once these blocks are verified by the computers in the network, the data can not be changed and is visible to everyone in the network. So now that we have a blockchain that is essentially digital book that holds the absolute truth money can be programmed to be transferred between two people without the need for banks or for the people to need to even trust each other, instead, they trust the code. No need for a bank, intermediaries, credit card fees, or anything besides a simple computer.

This technology is vital towards the progression of a borderless economy which is necessary for humanity to move from the industrial age into the digital age. Bitcoin isn’t going anywhere unless all corrupt governments, institutions, and individuals in the world are erased. Until then, it is not logical to have full faith in traditional systems which are held to a standard of integrity where, instead, blockchain apps force systems to be built with integrity engrained in the architecture. Data is transparent, servers can’t be manipulated, private information can’t be stolen, and users are the ones who benefit from the app the most.

Instead, blockchain forces systems to be built with integrity engrained in the architecture.

Blockchain is a technology that lets you programmatically prove that a digital object (or asset) is in a certain place at a certain time. This includes ensuring no one can create fake versions of assets or lie about their ownership. It creates an environment where people can trade and interact without having to worry about trusting middlemen. According to Robert Greifeld, former Chairman for Nasdaq, the first asset trading was bilateral (One to One) and born in London coffee houses. People trading within the coffee houses trusted each other but as soon as a trade left the coffee house they needed trusted intermediaries to handle the risk of trading with someone where trust hadn’t been built. Blockchain allows us to go back to a bilateral world of exchange. The rules are built into the code and audited by the world, so we can make international trades trustlessly.

Blockchain can be used to disrupt a plethora of industries and can be applied in many different ways from changing the way we access the internet to how we buy and sell real estate.

Bitcoin is the First Application of Blockchain

The first application of blockchain and a digital asset was Bitcoin. After the 2008 financial collapse the anonymous founder of Bitcoin, Satoshi Nakamoto, released a white paper stating the vision of combining cryptography with accounting to solve the problems of inflation, corruption, and fraud that plague normal “fiat” money. With the eventual goal of creating a decentralized international economy that was truly free from the limitations of government and borders.

Bitcoin, commonly know as a cryptocurrency, is a kind of digital asset. With others such as Ethereum, EOS, and Litecoin popping up in the years following Bitcoin. The idea of blockchain and this new digital asset class are gaining the attention of the world.

Thanks for reading and we hope this was helpful! This article was brought to you by Sazmining, a leading US based Bitcoin Mining operation that offers a 360 approach to cryptocurrency through joint venture mining, consulting services, and treasury management to help partners and investors navigate the financial aspects of cryptocurrency management.

There’s a lot of growing pains with nascent industries such as blockchain and digital assets, but the core of the problem lies around the lack of education. Our goal is to help make things easier to understand. Please follow, like, share, and sign up on our site Sazmining.com to contact us for one of our services.